Duroc pigs are reddish-brown and golden yellow, large-framed, medium length, and muscular. Durocs have partially drooping ears and were developed as a cross between Yorkshire and Berkshire pigs to produce the ideal hog for America’s growing meat industry.

The Duroc pig is of medium size and length. Males reach a weight of up to 195 kg and females up to 150 kg. Correct shaping with adequate bone. Smooth hair and abundant. The main characteristics of this breed are its rusticity and to produce meat with a high degree of fat infiltration. Very suitable for the processing of ham and loin.

Therefore, arrives to use massively for the production of white pork, such as Teruel Ham, and for the production of Iberian pork. It differs from other breeds by the characteristics of its channel and food efficiency. Strong hooves and legs make Duroc an excellent choice for difficult breeding conditions, resistant to diseases and warm climates.

The Duroc pig also has the characteristic of having numerous layers, a characteristic that frequently conserves in programs of the crossing. It also has a good growth speed and conversion rate. It is the breed that uses as a basis to act as a finalizer in the hybridization programs of the early and Iberian breeds. The skin of this species is of a reddish color like a brick with light reddish.

The head of this species is relatively small, with a concave profile and very lively eyes. While the ears are of medium length. Light and falling, with the tips down, without hindering the vision. The neck is short with clean insertion in the trunk.

On the other hand, it is wide and with correct union with the trunk. The back is broad, well-muscled, convex, and can be straight in very shaped animals, especially if they are young. Just as the abdomen is well collected, with a straight lower line and a minimum of twelve normal breasts regularly placed. The buttocks and thighs are full, compact and round, descending to the hock.

The main virtues of the breed for use in the meat industry are:

A natural diet based on the vegetable matter that adapts to the growth cycle of the animals gives them the most complete and controlled nutrition. You May Also Like To Read Berkshire Pig

The Duroc pig stands out for its high prolificacy (number of piglets per calf). For the good meat production, perfect adaptation to the environment and excellent response to the demands of the meat industry. It is usually used as a paternal line. Both in crosses to two or three tracks, since it gives rise to very large litters with very vigorous piglets at birth.

As far as achieving decrease mortality in lactation. It is much less used as a maternal line since although it is attributed to a greater “resistance” it does not supply with it the lower maternal characteristics in comparison to races like Large White or Landrace. However, in Spain, they are also used to obtain maternal lines through crosses with Iberian or Landrace or Large White animals.

The Duroc pig breed uses mainly for the production of products such as ham, trowel, and loin. So much has been its success in the last years that it is the unique race-used massively so much for the production of Iberian ham as of serrano ham. In particular, this breed can be used as an animal base in the following commercial products.  You May Also Like To Read Essex Pig

Of course, the lean fresh meat results from the channels in which the Duroc breed has been used. Once the ham and loin are discounts mainly when it comes to white pork. It presents a greater infiltration of grass. And organoleptic characteristics are significantly higher than the breeds most commonly used for the production of fresh meat such as the Landrace or Large White breeds.

The Duroc pig is an older breed of domestic pig. They were developed in the United States and formed the basis for many mixed-breed commercial hogs. These pigs are reddish-brown or golden yellow, large-framed, medium length, muscular with partially drooping ears that have a white spot on their faces just behind the eyes. If you’re interested in learning more about this wonderful animal then stay tuned! We’ll be publishing another blog post next week with all sorts of interesting facts about these fascinating creatures – so subscribe if you want to know when it comes out. 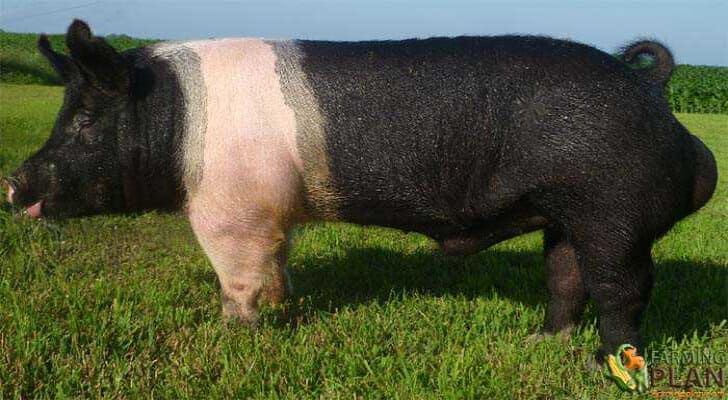 1 thought on “Duroc Pig: A Rare Breed of Domestic Pigs”