Although crocodile skin is produced worldwide, Australia is the number one country in the export of this product. But it is a process that is done very carefully. In addition, the country has geography that favors it, since the northern part of that country has a tropical climate. This climate is perfect for breeding crocodiles. Below you will find information about Crocodile farming in Australia.

A crocodile is a reptile that lives in the water and on land. They eat meat, fish, plants, and sometimes other animals. The most common type of crocodiles is saltwater crocodiles. Crocodiles can be found all over the world but Australia has had success with farming them for their skin.

Start of Crocodile Farming in Australia

In Australia, commercial crocodile production began in the late 1970s. And is that Australia is one of the countries where the largest number of crocodiles is produced in a year. So much so that they do not only use it for the production of skins in that country, but they export it worldwide.

Why is Crocodile farming in Australia carried out?

In Australia, many measures have been taken to have quality standards. For which they are the best at producing skins of this species worldwide. The 60% of crocodile skins that are produced in the world are carried out in Australia. And are exported to European countries, Japan, Malaysia, the United States, and Canada. And usually, this species occurs in the northern part of the country, and this is because it is a tropical zone. Both the capture of this species and commercial production must be with a series of permits.

For example, the saltwater crocodile cannot be commercialized under any circumstances. Unless it is raised in captivity areas and has its permits issued by the government. And in Australia there are 2 species of crocodiles, there are freshwater species that are small-sized species, and are more difficult to produce commercially. While saltwater is an endangered species, and its marketing is prohibited if the merchants do not have their due permits.

Crocodiles are used mainly for the production of leather, and besides that, it is a skin of excellent quality. And they use it for the production of handbags, purses, as well as several instruments in the world of fashion. Even the Australian crocodile skin is one of the best skins of this species worldwide.

Being its main competition for African crocodiles. This country also produces crocodiles for the production of their meat. Since in the country can make exquisite dishes and it is a very expensive meat, which is a use in the execution of gourmet dishes. Another use for crocodiles is to place them in small zoos or farms so they can be used as entertainment for tourists.

To carry out Crocodile farming in Australia it has to be raised in tropical areas since crocodiles are animals that live in warm climates. Usually, the breeding of this species is carried out in the northern area of ​​Australia, as well as the western area. Currently, there are 14 farms that are dedicated to the breeding and commercialization of crocodiles, and they are authorized and follow government regulations.

These 14 farms are distributed as follows, 7 in the northern zone, 5 in an island in the vicinity of this zone, and 1 in the western zone. The farms are varied; some are dedicated to the production of the species commercially, while others raise them for tourism. The captive breeding of crocodiles also involves the collection of eggs, as well as the collection of crocodiles that are found in the house.

Usually, Crocodile farming takes place in ponds that have to have a fence. When they are small, the young keep up to 10 young per square meter. But when they grow, space is reduced by half. In this way the animals will have the space to spread, reaching up to 5 crocodiles in 1 square meter. When they are already in adulthood and are in mating season animals require more space.

So that breeders need more space, more pens, and fences are higher and much more resistant. The male crocodiles become more territorial especially when they are in mating season. So if they share the same pond they should have a lot of space. If there are no deaths, if they are very close they can get hurt, because they tend to face each other. You may also like to read Crocodile farming requirements.

In addition, the water in the ponds has to be changed from time to time. If the pups are small, the water must be changed daily. While when the pups are adults they can be changed in longer periods of time. And something that is important, the water that is used for the ponds of the small pups must be clean. Getting to need at least 20 liters of water per breeding per day. For nothing in the world, the water of old crocodiles can be reused for small pups.

When Crocodile farming is carried out, certain criteria must be known, for example, the feeding of the crocodiles will depend on the age and size of the crocodile. When it is a small litter, feeding should be done daily. And when they are of advanced age, they should be fed 3 times a week. And when they reach adulthood, they feed only once a week. There are several factors that are taken into account for the feeding of a crocodile.

Among them are the climate, the age of the animal, the size, how it digests, and the feed conversion of the animal. These animals are carnivorous, so they do not have as many food restrictions. Even breeders usually feed them with different types of meat. Since meat is expensive and these animals require large quantities in a month, breeders usually buy meat from processing farms.

The Australian Crocodile farming industry has been growing steadily over the last decade. Australia is home to some of the most diverse and beautiful wildlife in the world, but with this comes a few problems that have to be managed carefully. One of these is an increasing number of crocodiles living in areas where they are not traditionally found. The purpose of this blog post will be to explore how much Australian Crocodile farms produce each year and what their average weight and size are at maturity. The saltwater crocodiles that are raised in Australia can measure between 4 and 5 meters. And can weigh up to 2000 Kg, while the females reach up to 3 meters long.

Australia is one of the countries that have the strictest quality controls since not any breeder or any farm can perform the production of crocodiles. In addition, there is a regulation made by the government, which establishes who can perform the breeding and export of crocodiles. Nowadays saltwater crocodiles are in danger, so there are controls in terms of breeding and production. In addition, Australia has regulated the discriminated hunting of these animals. 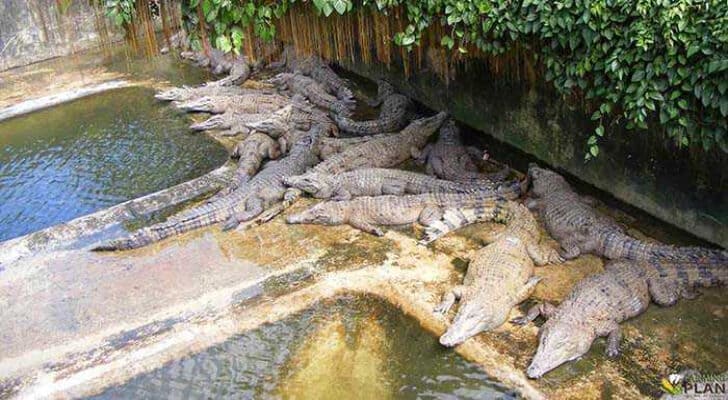 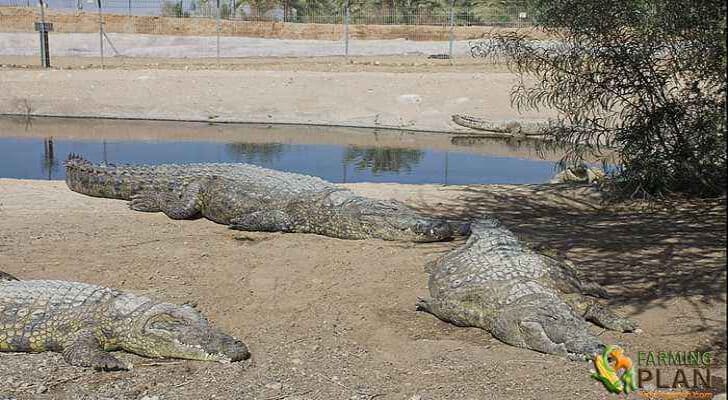 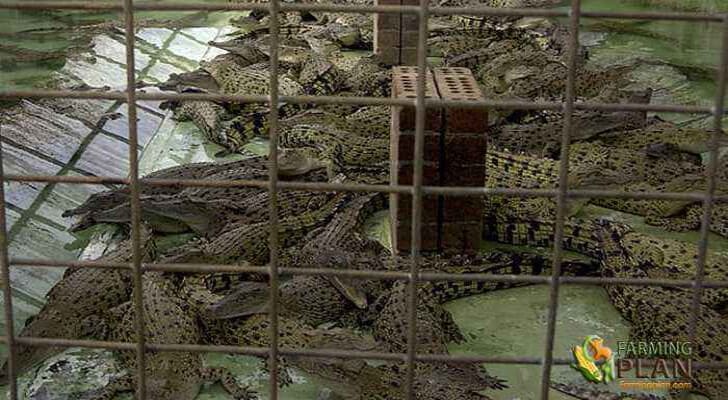 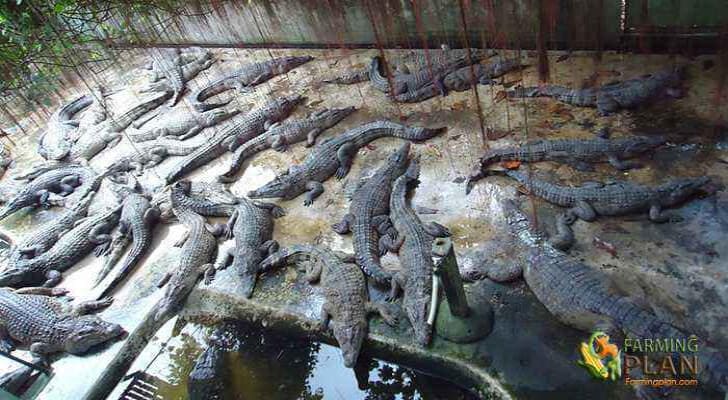