Goat feed is the most important part of goat farming. Food is one of the basic pillars of cattle success, closely related to health and genetics and linked by facilities and proper management. In dairy goat production, milk production is a priority. But with the current market prices. One cannot forget the economic support that the rearing of goats represents, both for carnage and for life.

Getting milk and goat for years is a reality if modern feeding techniques are used. However, the first period, from birth to weaning, is still applied by the majority of goat farmers with the traditional technique with natural breastfeeding (goat milk and weaning at 3 months of age).

Artificial lactation is a technique applied for more than 30 years by caprine farmers from other countries. Since then it has become widespread but there are still many goats in our country who have not decided to benefit from this system of food, more accepted and widespread in other species of income.

In livestock farms, the veterinarian clearly occupies a prominent position as a physician and surgeon, but our objective must be to achieve the greatest possible profitability of the available resources and for this preventive health is paramount in the exploitation of dairy goats.

Whatever the system (extensive in grazing, intensive in housing or mixed) the concept of animal health cannot be separated from that of animal production or animal husbandry and for that the food, selection, facilities, management and prophylactic programs must be integrated and Addressed in a set.

This is as important as our work is properly valued. We also assume the role of educators because without the training and knowledge of the livestock our task will never get optimal results.

Despite their similarities with sheep and cattle, goats differ significantly in grazing habits, food selection, water requirements, physical activity, milk composition, carcass composition, metabolic disorders, and parasites. Therefore, their nutritional requirements are also different. There are more than 450 million goats in the world. 1/3 of them are in Africa.

Most of the herd and mohair goat herds are found under extensive conditions in the agostadero, while the dairy goats are housed. Therefore, the management and feeding practices differ according to the product to be obtained:

One of the most peculiar characteristics of goats is their inquisitive eating behavior. Among the domestic species. They are unique in choosing and consuming their diet. They discriminate between parts of plants or food particles that look identical. Your food should be fresh, clean and untouched.

Keeping goats are normally kept in grazing of forages of mediocre quality; however, in the case of areas of poor, poor grazing pastures, grazing only covers 30-50% of maintenance needs. On the other hand, in meat operations in which cycles of 8 or 6 months are attempted, flushing is usually performed in a similar way to the case of sheep, as will be studied later.

The stallions are considered to be in maintenance, but with maintenance needs 10-15% higher than those of females. Goats, like rams, are supplemented (flushing), depending on their body condition, with 300-500 grams per day of concentrate from one month before and during the entire mating period, but avoiding that the male is overweight. Also, as in the case of rams, cases of urolithiasis may arise by precipitation of phosphates in the urethra, as will be discussed below.

As in most domestic species, almost 90% of fetal development occurs during the last third of gestation. For this reason, it is only considered that the goats have specific gestation needs during the last month and a half. During this period, the mean fetal weight gain is about 100g-250g.

It is interesting to consider the incorporation of fats in the ratios (up to 150gm of by-pass fat, or 250-300gm of cottonseed) to reduce the mobilization of body reserves, as well as to reduce the inclusion of cereals and therefore the risks of acidosis.

To prevent ketosis, glucose and oxalacetic acid precursors may be included. Such as 50g of glycerol or 25gm of propylene glycol. As well as lipotropic substances, which facilitate the metabolism of ketone bodies.

In any case, sufficient food intake should be ensured during the last 2-3 weeks, as 48-hour malnutrition of fat goats is sufficient to cause ketosis. There are dietary feeds to prevent ketosis; these feeds are formulated according to the discussed criteria.

It is important to emphasize that the food of the goats varies according to age. They are going to give since the requirements of the nutrients and minerals are different in each stage of growth. You should have specific care when the goats are in gestation. At the time of giving birth and at the time of breastfeeding.

If you’ve been looking for a way to diversify your farm and supplement income, consider raising goats. Dairy goat production is one of the most successful industries in terms of both profitability and sustainability. With all that’s going on with our current market prices, it can be easy to forget about the economic support rearing animals provides not just from slaughter but also from life. In this guide, we’ve discussed how food plays an important role in cattle success as well as what makes dairy goats so special! We hope this has helped you get started if you’re considering adding these adorable creatures to your property! Good luck!” 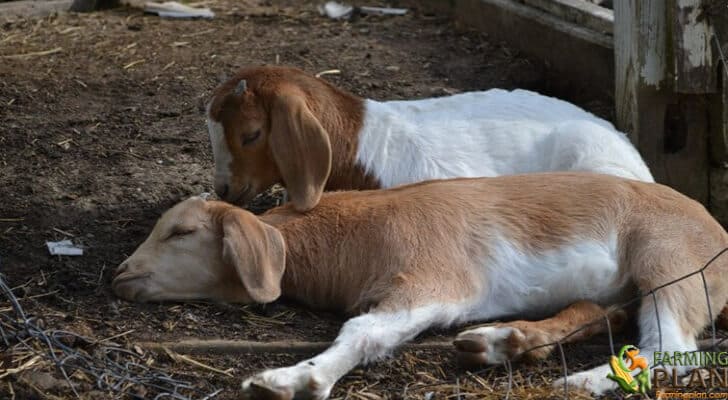