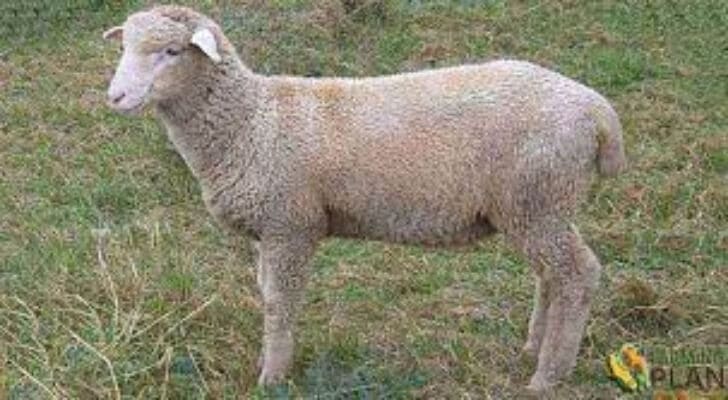 The Columbia sheep is an American breed and the first breed that was created in the United States. This breed was developed in early 1910 and was created with the crossing of the species Lincoln and Rambouillet. The reason for the creation of this breed was to obtain a species that produced a high amount of wool and good quality meat. Another reason to create this race was to obtain a race that would make the crosses obsolete.

And many biologists consider that this objective was achieved since the Columbia sheep is a double-purpose race of excellent quality. This race became very popular after the Second World War since it is a good producer of both meat and wool. The object of the cross was to create a breed that produces more kilos of lamb wool and could replace the miscegenation of the kitchen.

Although originally bred for pastureland, Columbia has found wide acceptance in the United States. And it is used more and more to breed the mongrel lambs market. This species is often confused with the Corriedale race and this is due to the similarity between the species. But to differentiate because Corriedale has a nose and black hooves. While the Columbia sheep has a pink nose and white or black hooves, and this species is smaller.

The length of the wool reaches between 8 and 15 centimeters long. The head of this species has wool but not to the point of leaving them blind. And both the female and the male do not have horns. Usually, the fleece that is on the face and on the ears should be white, without any black spots. Only the nose can have color pigments. They have a medium-sized neck, which has no wrinkles. On the other hand, they have wide shoulders and with enough meat, well accepted.

It also has a wide chest, and the front legs have a wide separation between them. The back is long, with enough muscles, and wide enough. And they have ribs that stick out enough, with enough width and a lot of depth. A particularity of this species is that the hooves can be both white and black. The females of this species are considered excellent mothers. And they are very sought after to produce on large farms because they produce very large and strong offspring.

Columbia sheep is a species that produces meat of excellent quality, and in good proportions and without the presence of fat. One of the main reasons why they produce this breed is to commercialize it as a great breed. You may also like to read Cheviot Sheep.

Columbia sheep usually feed in open spaces. They can also feed without the need of a farmer. Regardless of the quality of the grass, whether dry or get fruits and vegetables, the quality of the meat that will produce this breed will be of good quality. You may also like to read Southdown Sheep.

Columbia sheep is one of the largest breeds of pure breeds. It is highly resistant to both climate changes as well as diseases. Now they can survive in arid areas. It presents excellent longevity. One of the reasons why breeders prefer it is because they do not require as much care as other species. There are around 400.000 specimens around the world of this species. In the United States, there is an association of sheep breeders of this species.

And one of the main objectives of this association is to maintain the records of this breed and to maintain purity. As well as the improvement of this species. They also try to propagate the breed since it is of excellent quality, and it is beneficial to produce on large farms. You may also like to read Shetland Sheep.

The Columbia is one of the first breeds of sheep developed in the United States. It was intended to be an improved breed adapted for the Western ranges of the country, and it’s a product of USDA research and university efforts. They are now found throughout North America wherever grasslands exist–especially on public lands that need grazing animals to maintain them as well as on private ranching operations where they produce meat with excellent quality grades while also protecting habitat from overgrazing by other ungulates such as deer or elk. Hope this guide has helped you! Good luck raising your own flock!