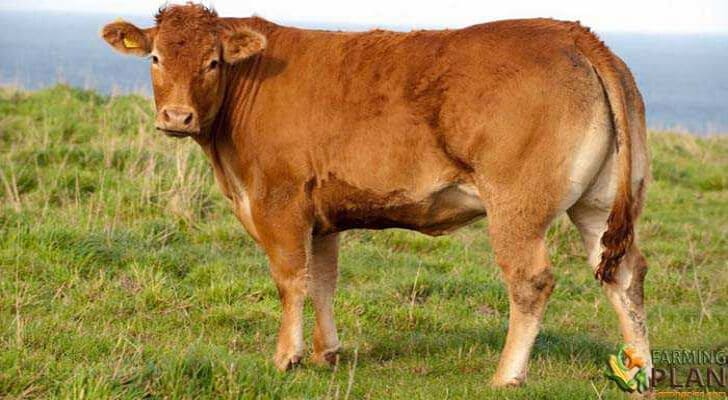 Limousin Cattle origin is in the southwest of France, in the Basque region. Its name comes from the ancient province of Limoges. This region has the characteristic of having arid soils, poor conditions, forests, and mountains with a rigorous climate of intense summers and severe winters. With temperatures ranging between -15º and 30º C, with heavy frost at night and constant snowfall during several months of the year, which allowed the breed to obtain the adaptability that distinguishes it.

There have been paintings in caverns, which show characteristics of the Limousin breed. Whose antiquity goes back more than 7000 years ago, proven by tests of carbon 14. For centuries this area was isolated from the rest of Europe by political disputes; was the war zone for more than a hundred years.

This led to political isolation that prevented the entry of animals of other races or characteristics. This is why the Limousin bloodlines are said to be pure. Defining it as a race of great genetic quality, whose animals possess the best meat. The antiquity of this race makes it possible to establish that its racial characteristics have been the product of thousands of years of adaptation in a difficult environment.

It is for this reason that this race can live in severe environmental conditions in which there is a food shortage and where the broken topography predominates. This breed has been recognized worldwide for its excellent development, meat and quality channels, ease of delivery, high adaptability, and fertility. It also has excellent precocity, high performance in the channel with adequate grease coverage and meat quality for its tenderness and color.

Limousin Cattle is more rustic than the Charolais and its conformation was oriented by selection towards the production of meat. The head is strong, of medium size, wide and bulging front. The neck is protruding and round, populated with curly hair. On the other hand, the orbits little marked; frankly elliptical horns, inserted behind the nape of the neck, barely arched forward.

The neck is short and muscular and is close to the trunk and the middle jowls. The trunk is long and cylindrical, straight backline, Wide loin with well-arched ribs. For its part has glutes of profile convex, muscular. Medium-sized, solid, good aplomb members with yellow hooves. You May Also Like To Read Angus Cattle.

Thick skin not too thick, elastic and covered with curly hair. It has the color of light yellow or orange fur, which covers the whole body of the bovine. The color is clear in the extremities and the lower face of the belly has the total absence of spots, excellent pigmentation, brown mucus.

The bulls have a weight of 700 to 990 kg. The adult cows from 500 to 600 kg and the oxen from 700 to 1,000 kg. This breed is meat-producing, differs from the Charolais in that it is more rustic and therefore less precocious; their live weight is also lower.

The yields of clean meat vary between 55 and 58%. The meat is considered the first class for the French taste. It is a pleasant flavor. Dairy aptitude is poorly developed. They are animals of a reddish color. You May Also Like To Read Hereford Cattle.

Limousin cattle are a breed of meat production kept in extensive systems. Staying most of the year outdoors and feeding on forage teeth provided by meadows, hills, and meadows. Complementing with fodder preserved only in phases of high needs of the females or in times of pasture scarcity. You May Also Like To Read Dexter Cattle.

Limousin cattle are specialized in the production of meat. This breed manages to produce a calf at weaning with good muscle development. But this implies not only having the individual ability to gain weight, but also the maternal ability of the female.

Therefore, we are faced with a race that essentially seeks, in its offspring, ever better meaty aptitudes in their males. And also excellent maternal skills in their females. This breed has good food conversion and low maintenance requirements. This allows exceptional longevity in females with continuous calf production. Excellent milk production with a high percentage of fat.

In addition, it counts on a total of red meat tenderable greater than the other races.

The Limousin cattle are a breed that thrives best in temperate climates, whether it is grazing or intensive fattening. Currently, the Bramonsin breed is being the development that combines its blood with the traditional Brahman. This is in order to have a good option for the tropics. However, the Limousin Cebu terminal crosses are the best option to achieve export calf using hybrid vigor.

Because the alpine conditions in which this breed was developed were extreme, the breed has high adaptability. It also has rusticity and good health, since it withstands temperatures ranging from 30º C. to 20º C. under zero. It inhabits difficult, arid, demineralized soils, poor conditions, natural grasslands, and forests, with heavy frost at night and constant snowfall for several months a year.

This has allowed it to expand rapidly throughout the world in difficult climates such as those in Central and South America and Northern Australia.

Limousin cattle are a breed of French beef cattle from the Limousin and Marche regions. The animals were formerly used mainly as draught animals, but in modern times they are reared for their meat. In 1886 France established a herd book to register these animals. If you’re looking to start your own farm or ranching business, read on! We have all the information you need about raising limousins, including what breeds work well with them and how many calves per year can be expected from different age groups of cows. Hope this guide has helped you. Good Luck!

As A Reference: Wikipedia.