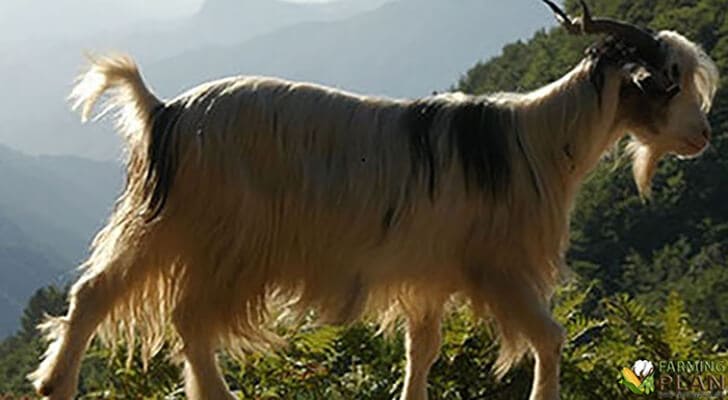 The Aspromonte Goat is a breed that originated in southern Italy. Today it is only found in those regions. Its name is due to the region where they come from which is the region of Aspromonte. Although studies say that this breed comes from the offspring of other races such as the goat Malta, Abyssinia, and the Tibetan goat.

The Aspromonte goat is a medium race, males of this species weigh about 64 kg. and females weigh 43 kg. They reach 69 cm. of long the females, whereas the males arrive to measure 73cm. The ears are short, inclined upwards, and measure about 10cm. Males of this species have thicker hair, larger heads, and stronger limbs.

This breed is ready to breed at 15 months of age. The fertility rate is 98%. And the lactation period of the females lasts about 270 days. The color of the coat comes in varied colors, white, yellow, black, brown, and reddish. The color of Aspromonte goat skin comes in gray, pink or black, varies according to the color of your coat. They are bred in mountainous areas as well as in plains.

The Aspromonte goat is a breed usually fed outdoors, as they are maintained with extensive grazing. Their food is based on the mound, herbs, pasta, shrubs, and foliage.

The Aspromonte goat is a dual-purpose breed. The farmers produce it for its meat that is of good quality, and because of the milk production since its milk is very nutritious and is excellent for the production of cheese among the cheeses that can be developed From their milk are cacioricotta, curd, pecorino, caiciotta and cottage cheese.

The Aspromonte goat is estimated that there are about 27.000 individuals of this species. The Italian National Association of breeders of sheep and goats carries a genealogical book of the births of this breed, as this breed is part of the 43 races of indigenous goats.

If you are looking for a goat breed to raise in your backyard, this is one of the most popular breeds. The Aspromonte or Capra dell’Aspromonte goats have been raised by farmers and shepherds throughout Calabria since ancient times. They are known for their hardiness and ability to survive on sparse mountain pastures with little food during the winter months; they also produce high-quality meat that has an excellent flavor. This guide will give you some background information about these beautiful animals as well as show pictures of them so you can decide if this might be the right goat breed for you!