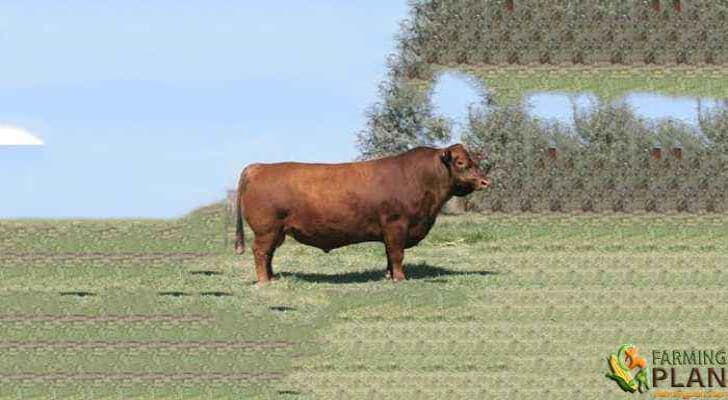 Lowline cattle origin comes from a scientific project in the middle of the 70 where the selection by the speed of growth was studied. The Lowline cattle race has its origins in the east of Scotland. Specifically in the towns of Aberdeen and Angus, where it was developed from native black cattle without horns. The Australian Lowline Cattle is docile and well-formed. It has become a distinctive registered breed known for its efficiency in converting the forages with which they feed.

Besides representing the lowest production costs and their cuts of meat are more delicious and juicy. The Australian Lowline Cattle has been developed over the last 20 years by the selective breeding of the action of the purebred Angus. These animals and modern biotechnology have proved to be of great benefit to the cattlemen of the 21st century. The Lowline cattle name was unanimously approved with “Australian” which denotes the indigenous character of this cattle.

Cattle Lowline is a small breed, however, the meat it produces is of good quality and does not generate waste. Usually, this race is black, obtained naturally and in all its development have 60% growth compared to normal breeds of meat. Until today it is considered the smallest breed of cattle. The birth weight of this species is between 20 and 25 kilograms.

The incredible thing is that this breed since its birth shows rapid growth and then slows down its growth. Although the weight of this species becomes twice its birth weight, this increase is most noticeable in the first 6 weeks of age. The females of this species are used to breastfeeding, so they perform this work for 8 months. Steers show a weight of 110 kg at 8 months of age.

While the bulls at that age maintain a weight of 140 Kg. When the cows reach their third year of age they have a weight of 320 kg if they are well fed. On the other hand, the bulls at that age have excellent muscular training and weigh up to 400 Kg. The females of the Lowline herd come to have some unique qualities to their physiological structure.

Heifers do not move until they have reached a weight of approx. 220 kg, which will occur when they are between 14 to 18 months of age. This has a tremendous advantage for the management of small farmers. Since the heifers can continue to work with their male brothers after weaning. No risk of conceiving until they reach the critical weight. That is totally out of tune with their cousins of the bovine species that can and do start the cycle much earlier.

It is evident that this factor ensures easier paddock management and peace of mind to dominate the farmers and asparagus. The cattle of the herd are naturally docile and handled very easily. Some breeders manage their offspring in such as breeding sheep until they are 12 months old. Since the calves are usually too small for a conventional calf crib until 4 or 5 months of age. You may also like to read Angus Cattle.

Lowline cattle are the perfect breed for the small farmer who may have more individuals of this species compared to, for example, Hereford or a similar breed. They are perfect for the family-size freezer and give 55% of the total live weight for consumption. The meat is tender and good marble, like its ancestors, the Angus, favored by Japanese perfectionists.

Lowline cattle are very efficient at converting food. They digest the grass well and have a high storage index. These animals produce a high percentage of quality cuts, in proportion to their size and feeding. You may also like to read Highland Cattle.

Unlike other races, with a law to the category of pure race, crossing with other species is not allowed. This, in the long term, maintains the exclusivity of the race. It facilitates simpler management of the genealogical book and guarantees a high and constant level, without risk of regression. Lowline does not carry dwarfism in the genes and therefore there is no risk of genetically generated deformity or abortion. You may also like to read Hereford Cattle.

Birth losses are very small and even the heifers show calving ease. Lowline produces small and exclusive premium cuts of meat that are marked as “Beef Boutique Lowline”. Their small size, docility, and natural curiosity make them manageable in small properties. Its small size and weight mean that there are less erosion and damage to the grass. They do not need strong fences, strong pens or equipment associated with large animals. Its small size makes it easy to transport it for sale and livestock fairs or exhibitions.

Lowline cattle are a breed of black, hornless cows that originated in Scotland. They have distinctive traits like their docile nature and efficiency at converting feed to meat. The Australian Lowline is even more efficient than the original Scottish race because it has adapted over time to the climate in Australia by growing thicker coats and heavier frames with which to protect themselves from harsh climates. If you’re looking for an animal-friendly way to produce beef or dairy products without polluting your environment, consider investing in these great animals!