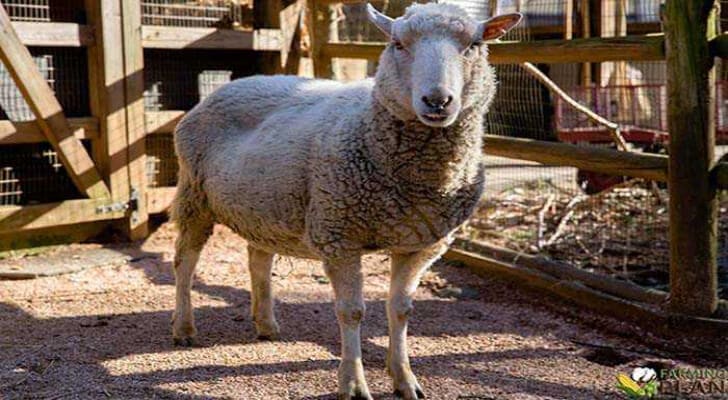 The Gulf Coast Native Sheep dates back to the 1500s. Its origin is uncertain since this breed was formed by the crossing of several species of sheep imported from Spain that inhabited that region at that time, and were taken to the United States to import wool, milk, and meat. After World War II sheep were produced only for meat and wool, which led to the neglect of the production of some species, including gulf coast native sheep, which placed this endangered breed.

Nowadays the production of this breed was reactivated by the fact that it is a breed from which the production of meat, milk, and wool is used and the expense for maintenance, and mainly of food is low, since with having green areas in Where they can graze and have fresh water will suffice to cover the feeding of this breed.

The Gulf Coast Native Sheep coat varies in color, ranging from white to light brown, and seldom born dark brown or black. There are some occasions on the face that have orange tones, as well as on the legs. It is a breed that is resistant to high and low temperatures, can withstand from 100 degrees and can be up to 60 degrees below zero.

The wool that produces this breed is usually soft, does not contain as much fat, and has some curl. The wool grows between 6 to 10 centimeters for each shearing that is made. In 2 years 3 deliveries can be produced. The percentage of individual deliveries is 70%, and 30% will be for twins and triplets.

The Gulf Coast Native Sheep although this breed is prone to the production of parasites in the intestine and pododermatitis in the legs. This breed has the characteristic of being a very resistant reason why in spite of possessing these affections do not need medicines for Even years can pass without the breeders giving them a drug.

The Gulf Coast Native Sheep are kept on a diet of grass and milk, which makes the meat that produces this species is of good quality. They come to stay alone with grazing, and feeding in the open air, grass, and grass. They do not require large amounts of food to develop, nor do they require intense diets for breastfeeding.

Their meat is of good quality, and soft, consumers buy it to prepare different dishes with it. The milk that produces this species is more solid, more than goat or cow’s milk. This characteristic makes it can be produced more butter and more cheese. And because of its high concentration of lactose, milk, and butter has a more sweet taste.

The females of The Gulf Coast Native Sheep are characterized by being good mothers. The Gulf Coast Native sheep are a hardy breed adapted to hot and humid climatic conditions. They can produce lambs without intensive management, as well as having a higher live lamb production percentage than other breeds of sheep. The ewe’s average number is 30% twins; 70% single births with rare triplets being seen in these animals’ gene pool!